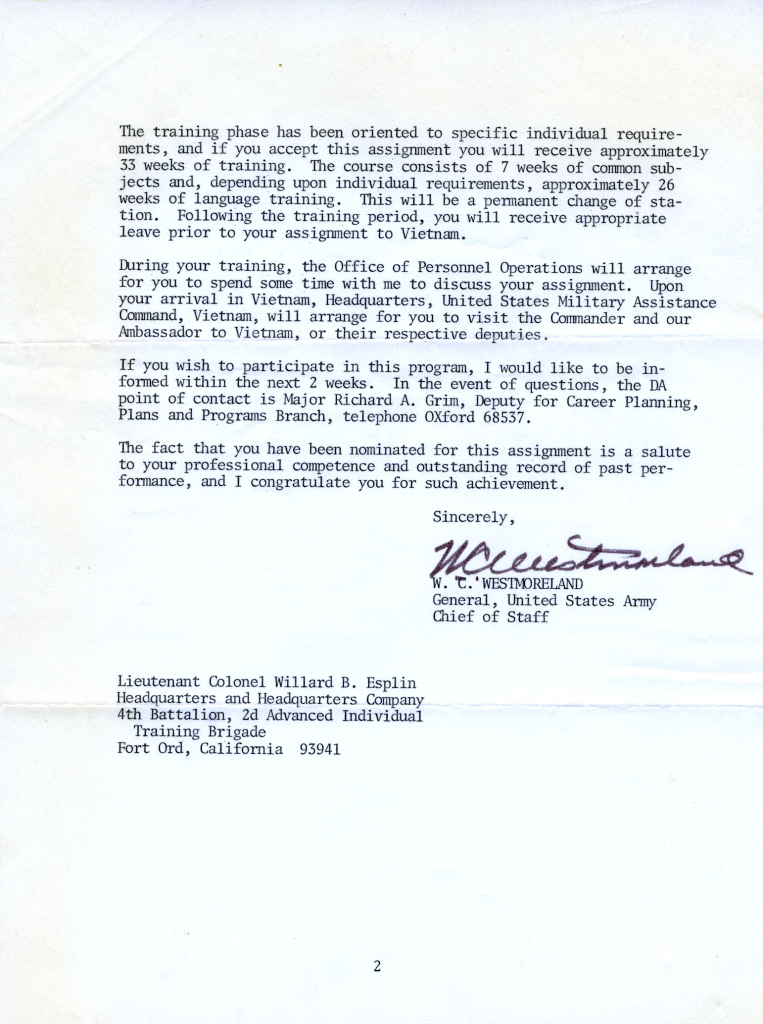 A letter of appointment from the Chief of Staff of the United States Army, William Westmoreland, offering an appointment to Col. Wil Esplin and an interview with the General. The program was run by the US State Foreign Service Institute to train US Army Soldiers that would interface with Vietnamese civilian and military leaders as a Provence Advisor. Provence Advisor was not an easy assignment but a big plus in making full Colonel in the US Army

« Back to Colonel Esplin

In September 2017 Ken Burns will release a 10 part series about our war in Vietnam that will use social media in conjunction with the showings and I plan to join in (uninvited) and discuss each showing and document my reactions to some of the topics.