When a convoy or single vehicle stopped on any rural road, Vietnamese vendors appeared, no matter how isolated the location, and often had cold soda for sale. How did they do that?  In more isolated road stops, young boys appeared within 10 minutes of our stopping and were selling drinks and black and white pornographic pictures. And the pictures were incredibly crude, such as a woman having sex with an animal. In an effort to preserve her dignity, a narrow black box covered her eyes. I remember photos with the same eye covering when thumbing through True Detective magazines and what my mom called “filthy trash” in the local newspaper, book and magazine seller’s shack. Why the eyes?

How did these boys find us, and how could they have cold drinks when electricity was many miles away? Where did they get money to give us change? Capitalism was sprouting up everywhere Americans appeared. Small farmer roadside markets that came and went with the growing season might have a selection of five food items for sale and be set up in front of a roadside farm home, not looking like a store at all. 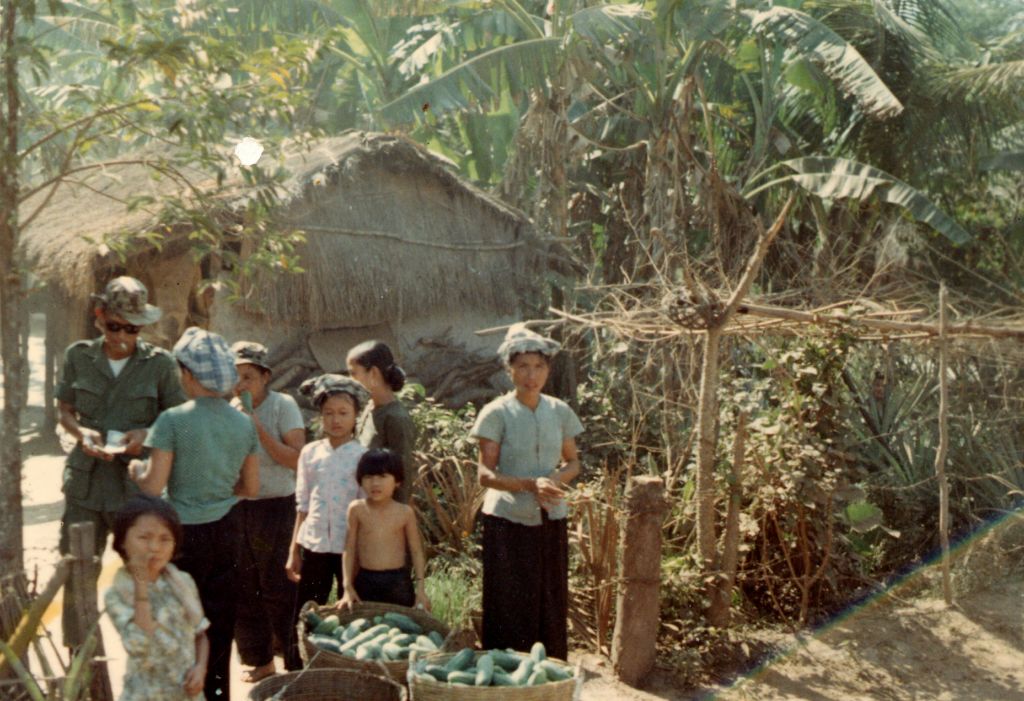 When stopping on more traveled roads, old women and young “babes” came selling cold soda and other services, such as exchanging money or a roll in the rice paddy. The money trade can be found in another story, but the roll in the paddy and bargaining the cost of that roll belong here. The haggle might start at $10 MPC and end at three bars of soap – you are not paying for romance after all. If we set up a FSB adjacent to a road, the Vietnamese version of a kid’s lemonade stand got a sort of permanent look, like a “luxury” lemonade stand, and was staffed most days.

Outside most FSBs, commerce was controlled by the Commanders of the military units occupying the base. The Infantry Captain at FSB Washington III assigned men to run off the old women operating their business during the day outside our wire, but when the soldiers returned from chasing them away, the store reopened. The only way to completely stop the operation was to assign men to full-time duty moving them down the road, and no unit had men to waste on this type of job. Larger operations at road intersections had more selection and more business and closed down less often. 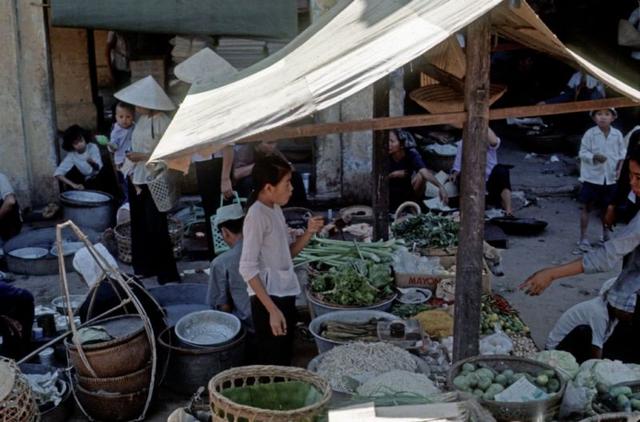 I remember one time visiting a large market with tin roof and siding, outside Cu Chi, and it was so busy that surveying the extensive inventory was difficult. It was so poorly organized and overflowing that I had to move items from the front of a product lineup to see what was behind it. Most items that I saw were O.D. Green in color (the official Army color) and that indicated these items came from an American inventory somewhere. Fans and boom boxes filled most of the electronics division and were selling well. I bought a couple cans of mosquito repellant because it was seldom available from Army supply or our PX. The environ of this wholesale club of Vietnam was the only place I saw trash in the road ditches and on the road itself. Jeeps and small trucks were parked at the edge of the road while the occupants shopped. 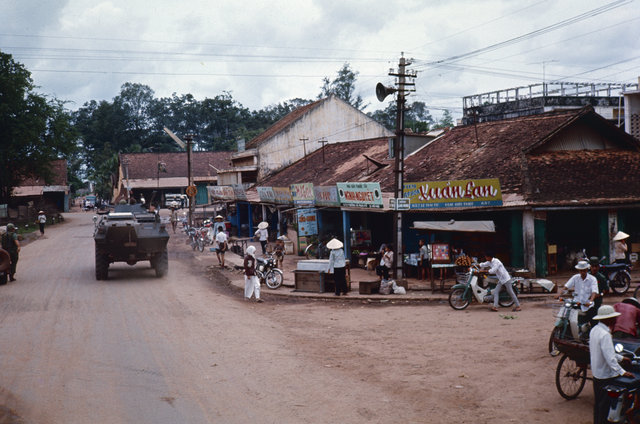 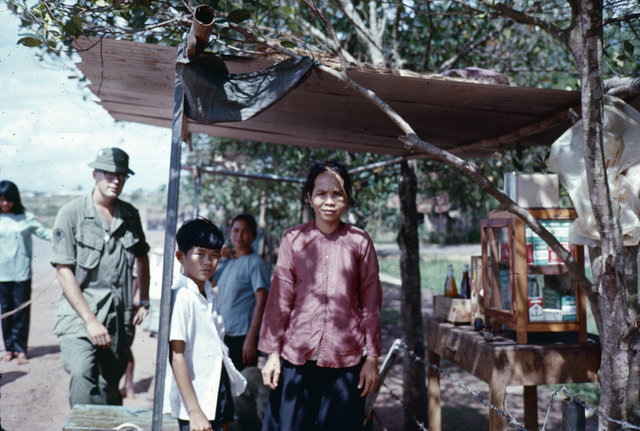 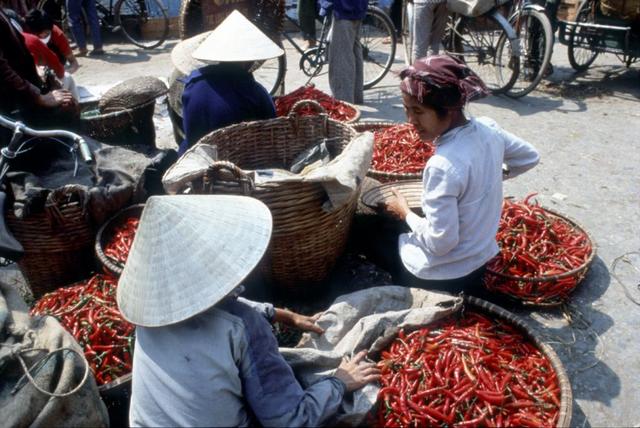 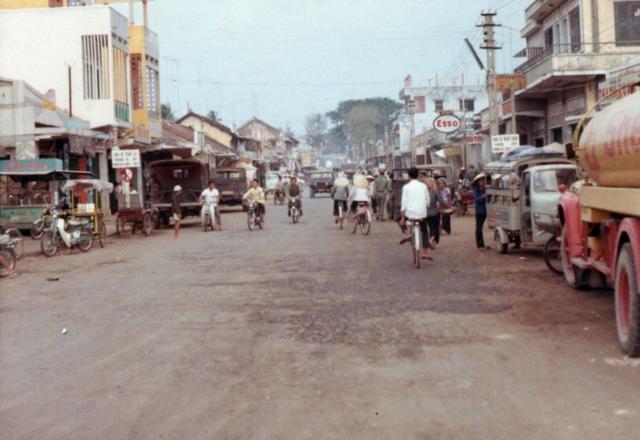 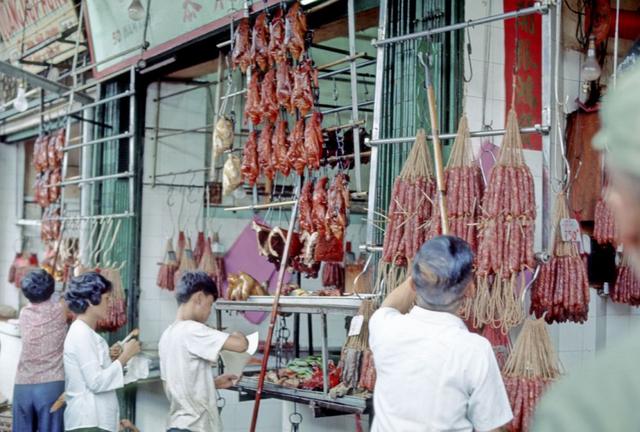 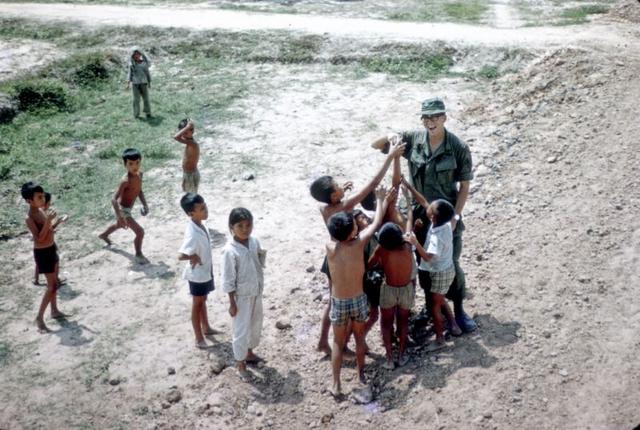