How many of those suckers did I fill during my Vietnam vacation? Too damn many to count – literally tens of thousands! But sandbags are a soldier’s friend, and they protected us, so I bear no grudges. Believe me, we would gladly fill, refill, stack and restack to keep from getting hit by small arms fire or flying mortar or rocket shrapnel. Who wouldn’t?

Filling bags would start the first day we created a FSB, and it did not stop until it was time to move on and fill bags at a new place, which we always did first, along with digging our bunkers. The walls were our first line of defense and not to be delayed or ignored. Sandbags were our friends, but we had to keep that “friendship” going every single day. We were filling, emptying, unpacking, packing, stacking or in some other way dealing with them.

When we were moving and the FSB was being abandoned, we had to empty all the bags, which wasn’t a problem unless they were filled with laterite, in which case they resembled giant bricks. Depending on the soil and the season, we were often limited to the fill material, so when all we could get was laterite, and it was the rainy season or damp from humidity, there was no breaking those bricks down. We had to cut the top of the bag and slice down the sides to get it out. The bags couldn’t be saved and were added to the list of things we had to burn because we couldn’t move or use them.

When the terrain allowed for dirt, sand or a mixture of the two, we were in pretty good shape until the cloth bags ran out and the plastic ones started replacing them. We had no way to know why the army shifted us to the more difficult and less effective plastic version. The cloth could have been left over from a previous war, as were many of our supplies—even some of our rations – or someone had a deal someplace to sell plastic ones or they were cheaper to make…no one let us in on it. The plastic ones just started arriving, and we had to do what we could to make them work.

When I started we were using all cloth bags, which at least kept the contents inside. By the time I left, they were all plastic, which may not seem like a big deal until you work with them. The bags were woven at a simple 90-degree warp and weft with loose, broad threads, allowing the fill to slip through, so they literally changed shape once placed. And, the plastic material caused them to slip. So what you had was a wall that didn’t stay still – a physical oxymoron. When it rained, which was six months out of the year, the wet plastic bags would slip more. So, we would fill wood ammo containers with dirt, sand or whatever was available and make two more walls – one in front of the bags and one behind to keep them in place so they could serve their purpose.

Clearly the cloth bags were better until it came to stacking them for reuse, a process that often resembled a comedic, five-ring circus. First, imagine how these bags looked when they got to us, neat and tightly packed with precise and even edges thanks to the machines that packed them. Now imagine them filled one or more times and, of course, emptied one or more times. They were not as flat and not nearly as even, making them very difficult to pack, especially when we couldn’t get all the fill out of them.

Finally, imagine soldiers who averaged four hours of sleep per sun cycle, with their brains basically in “zombie mode,” trying to get them in piles and stuff them into boxes in a full-on race to get out before the enemy or night arrived. Add the sick humor and short tempers that came with lack of sleep, and you can probably see why we had to just say “screw it” at times and order more of the plastic just to get moving, ahead of our uninvited company.

Vic Cooper was my sandbag-filling partner. He liked to get away from FDC, and I was likely on punishment detail. My boss, Ralph Thompson, allowed me to sample most punishment details in depth. Despite his reasons for forcing me to be “one with the sandbags,” living in a bunker, especially during the wet season, is depressing, so getting outside was actually a reward. Imagine being in a bunker with seven or more people; it’s oppressive, and when Ralph was there, it was worse. He knew what he was doing in his job, but we didn’t get along, so, for me, sandbags were both protection and a welcome escape. It was a Vietnam version of a win-win, which I took every chance I got. 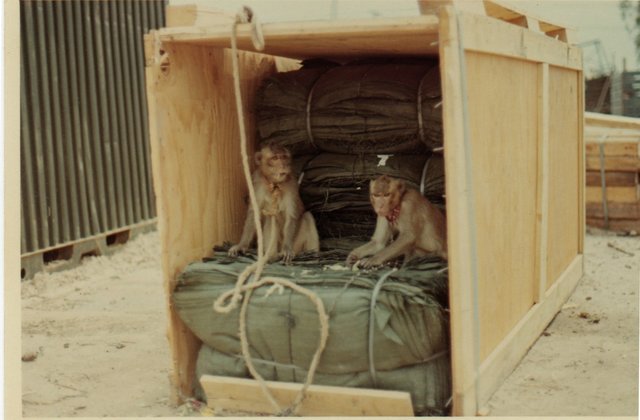